It was a three-way race to the end but one name emerged victorious. 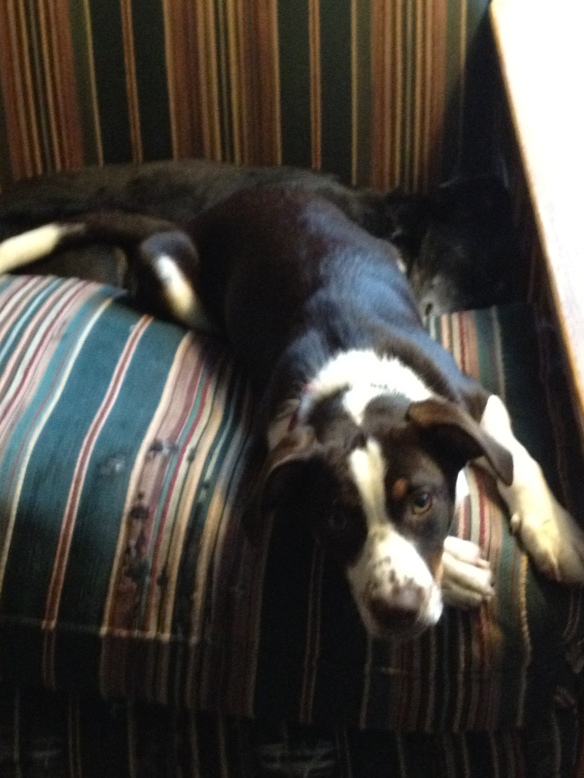 Charlie is sitting in Lexie’s spot, but she’s OK with it.

This name won by a nose.

At first it was a strong two-name race, between Charlie and Walter. They duked it out. Then, out of nowhere, Maxwell entered the race as a dark horse. They remained basically in a three-way tie almost to the end.

My favorite, Henry, came in dead last with two votes. I’d really like to meet the other person who cast a vote for Henry and shake his or her hand. I still stand by my vote.

Ira came in just ahead of Henry. But Matt and I were a bit relieved, and both agreed that name would be best saved for someone’s first born, rather than a cute pup.

Click on the image above to see the final poll results.

I would be remiss is I didn’t mention the Scout contingent. You were loud. And persistent. And honestly, if Scout — the name he came with — was an entry on the pool, surely this would have been one helluva four-way race.

As a nod to all ya’ll Scout-heads, we will keep that as a middle name, to be used at our discretion. Most likely when I really need to get his attention. Like when he’s eating a pair of underwear or pooping under my dressing table (OK, that only happened once, so far).

We’re off to a good start.